This initiative combines two different literary and theatrical cultures, two different ways of understanding art, theatre and imagination by staging a different version of El Quixote. It is performed in one of the most mysterious, richest and classical theatre traditions of the world, namely Kathakali theatre from southern India. The rich visual ritual and dramatic art is blended with the imaginary world of El Quixote, both of them bound in time (both originated in the 17th century) and fed by their own mythological and legendary traditions (knights-errant, heroes, and Ramayana and Mahabharata gods respectively). The universal story of the ingenious gentleman and his squire is reimagined for the 21st century. This surprising play makes us see our own culture from the other’s perspective in an encounter which questions the ethereal limits of a culture. This play will be performed by the Margi Kathakali Company performers and musicians from Trivandrum, southern India, which is one of India’s most prestigious companies and schools of Kathakali classic theatre. This innovative production, which is the result of multiple dialogues between tradition and contemporaneity and between two cultures, i.e. India and Spain, is presented in the margin of the commemoration of the 400th anniversary of the death of Cervantes in 2016 and to celebrate the Year of India in Spain. 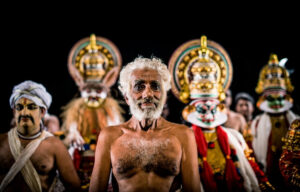 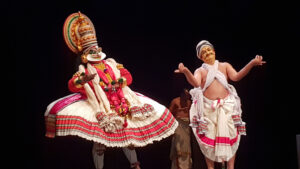 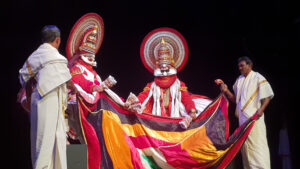 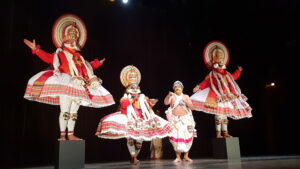