A fabulous story between exceptional musicians from East and West, ‘Saiyuki, Journey to the West’, marks the opening of the ASEM Cultural Festival in Brussels, Belgium. Perhaps you have read Wu Cheng’en’s masterpiece, Journey to the West? This novel tells of the 7th century expedition to India of the Xuanzang monk in search of sacred Buddhist texts. In these fantastic adventures, he will be helped mostly by Sun Wukong Monkey King. A crazy epic that gave rise to a multitude of adaptations in China and Japan, ranging from Peking Opera to manga. Saiyuki, which is the Japanese name, offers a vision that combines tradition and modernity and brews the rich cultural legacies from India to Japan to world music and jazz. This show builds bridges between modernity and tradition, between jazz and traditional music. In collaboration with talented musicians, Prabhu Edouard at tablas (India) and Mieko Miyazaki at koto (Japan) and guests invited for the occasion, guitarist Nguyên Lê manages to create an exquisite musical alchemy sublimating through dialogue between cultures Xiyou Ji, one of the most beautiful pages of humanity. 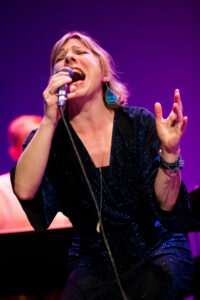 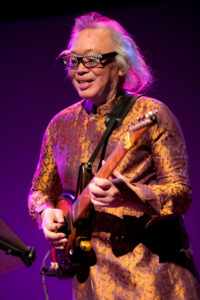