Benoit+Bo are a true international collaboration, the fruit of two cultures, two sensibilities and two pasts. Benoit is French and Bo Chinese. They met in Tianjin, lived in Paris, and had a studio in Shanghai for nine years. Since 2015 they live in Brussels. Using their combined heritage, knowledge and world views, they create hybrid, contemporary visions, which are a mix of Asia and Europe, China and France. Their work is autobiographical and concerns their experiences, feelings and thoughts as an artistic duo in an intercultural relationship.

On the occasion of the ASEM Cultural Festival, they offer us an art installation that will most certainly put a smile on your face!

The installation features two giant, colourful inflatable heads inspired by popular Chinese masks used during the lunar calendar festivals. However, Benoit+Bo modified and modernized aspects of the masks, making them more contemporary with the addition of western elements. They also gave them a new identity that connects Asia and Europe through a globalized urban culture.

This is an art installation that celebrates freedom and aims to spread joy around the city.

Note: The installation soundtrack can be accessed by scanning the QR code available on-site with a mobile device. 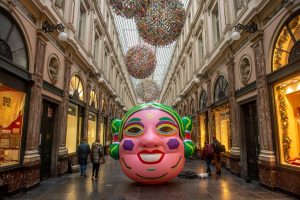 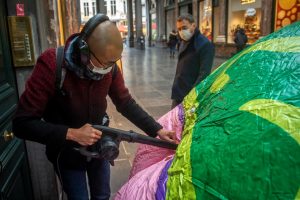 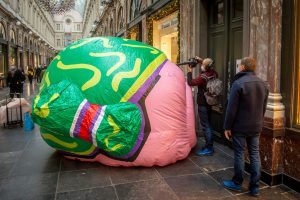 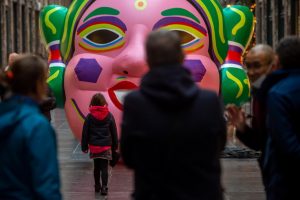 Supported by the European Union