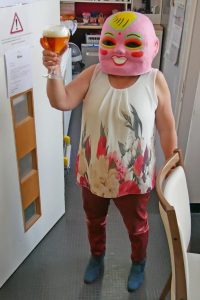 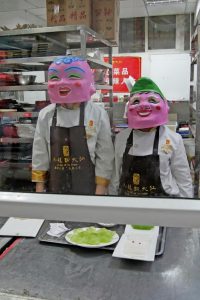 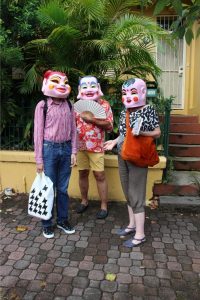 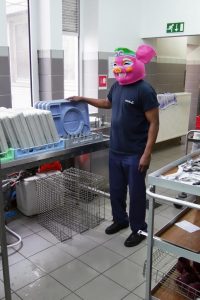 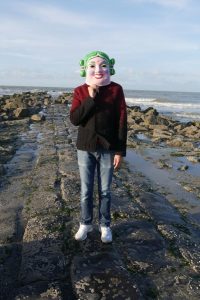 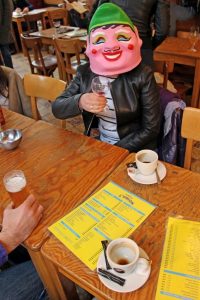 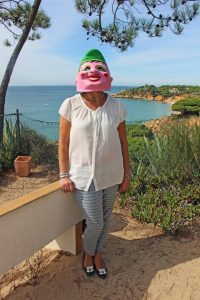 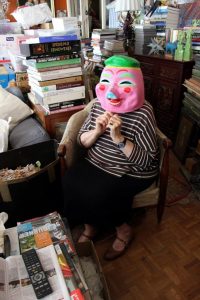 In 2015, Benoit+Bo, an International artist’s duo began a new project: taking photo portraits of people in their daily life settings with masks. The idea comes after the arrival of the two artists in Belgium. They realised that the masks used in carnivals of some European countries and the masks used in some Asian countries share several features in common: they both follow the lunar calendar and are used in procession or ritual festive activities. Masks are like a symbol of links which reunite different populations. This project brought the two artists inside families and working places of the local people of Belgium, France, Germany, Spain, and Australia. By hiding the face of the participants, the details of the environment start to be revealed and the body starts to talk. This series of art works has at the same time a social, artistic and anthropological dimension.

Benoit+Bo are a duo of visual artists created in 2002. Using their cultural heritages, knowledge and personal histories, they create images of a hybrid and contemporary world, a blend of Asia and Europe. The world is their stage. They met in Tianjin, lived in Paris, and had a studio in Shanghai for nine years. Being confronted more and more with restrictions of expression, they were looking for a freer place where they can continue their artistic life. In 2015, after an exhibition, they decided to settle in Brussels. Their work is autobiographical. They work on their experiences, feelings and thoughts as a duo of artists in an intercultural relationship. Benoit+Bo have previously exhibited in museums and galleries in France, Belgium, Italy, United Kingdom, Spain, Korea, China and Australia.