Cambodia, during 1971, while repairing Angkor Wat, François Bizot, a Frenchman, was captured by the Khmer Rouge. Bizot was detained in a camp in the woods and accused of being a CIA spy. The only chance for him to be released from captivity was to persuade Duch, the young leader of the camp, that he was not involved. As Francois discovers fact of enlistment in Khmer Rouge, ties between the prisoner and his captives were established.The feature film is based on the best-selling biographical novel “Le Portail” (The Gate) by Francois Bizot, the first official French-Cambodian collaboration. Régis Wargnier is a French film director, film producer, screenwriter and film score composer. His 1992 film Indochine won the Academy Award for Best Foreign Language Film at the 65th Academy Awards. His film “East-West” won several international awards in 1999.
Duration: 1h 35m 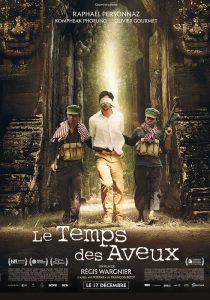