A lost film, buried beneath Cambodia’s killing fields, reveals different versions of the truth. A contemporary story about love, family and the ghosts of Cambodia’s past. Kulikar Sothois a Cambodian filmmaker. She is the director of The Last Reel, a Khmer-language feature film, and the producer on the award-winning Ruin, which won the special Orizzonti prize at the Bienniale Venice Film Festival. She has worked on feature films like Lara Croft: Tomb Raider and Wish You Were Here, and on numerous television documentaries for the BBC, Discovery and other leading channels. She is one of the most experienced line producers in Cambodia.
Duration: 1h 46m 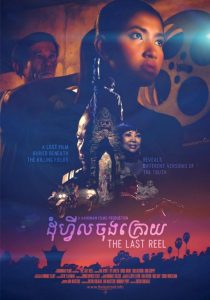