A muggy Saigon, late 1945. Stationed at a military camp in French Indochina, two young men –Robert and André–become close friends as they share the boredom and excitement of waiting for their first mission. But when they discover that instead of freeing Indochina from foreign aggressors, they will be fighting natives struggling for independence, their friendship is jeopardised. Andre is shattered, but Robert is unfazed. He’ll fight any enemy of France, to death. While Robert is assigned to lead a commando operation against the VietMinh, Andre chooses to join the freedom fighters. They’ve chosen their sides, once friends they must now be enemies. Their paths diverge–until the day they come face to face again. At a detention camp for French prisoners, André spots a prisoner who looks a lot like Robert. Érick Zonca is a French film director and screenwriter. His first set of films were shorts Rives, Eternelles, and Seule. Zonca is best known for his critically acclaimed and award-winning 1998 feature film debut The Dreamlife of Angels. The film won the Best Actress award at the 1998 Cannes Film Festival.
Duration: 2h 26m 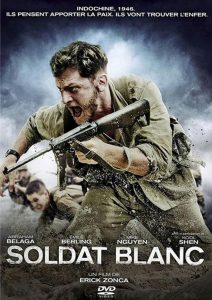