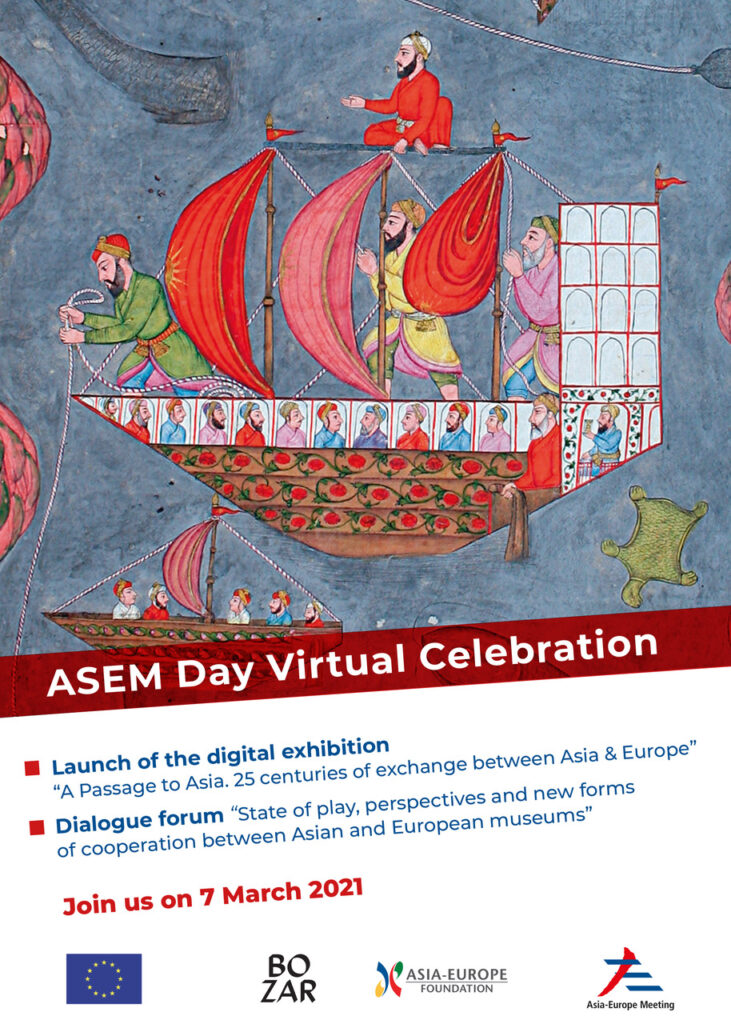 To celebrate the 25th anniversary of the Asia-Europe Meeting (ASEM), the European Union in partnership with the Centre for Fine Arts-Brussels (BOZAR) and the Asia-Europe Foundation (ASEF) hosted the ASEM Day Virtual Celebration on 7 March 2021. The Virtual Celebration celebrated centuries of cultural exchanges between Asia and Europe and highlighted that for a shared future, a firm commitment to support people-to-people exchange is imperative.

The dialogue forum brought together museums representatives and curators from Asia and Europe, who shared their experiences of the impact of the pandemic on their practice, the changes adopted by their institutions to address the ‘new normal’ and reflected on the future of cooperation between museums and cultural institutions in the future.

The virtual celebration was supported by the European Union’s Partnership Instrument.

Part 1: Launch of Digital Exhibition – A Passage to Asia: 25 centuries of exchange between Asia & Europe

12.30 – 13.30
This dialogue brings together museums representatives and curators from Asia and Europe for a discussion on the state of play in the museum sector, emerging perspectives and responses to the challenges posed by the pandemic and new forms of co-operation between Asian and European museums in a post-pandemic world. It will be moderated by Ambassador Leon Faber, Deputy Executive Director, Asia-Europe Foundation (ASEF). 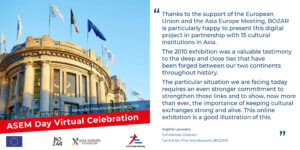 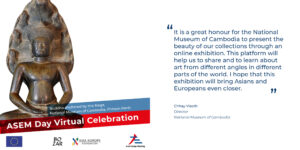 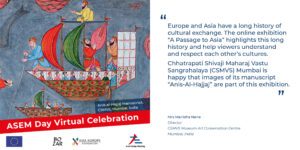 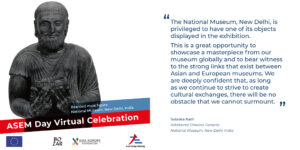 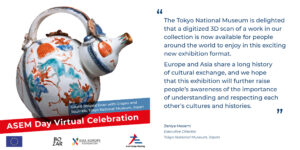 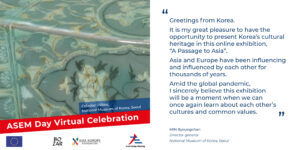 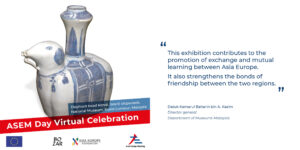 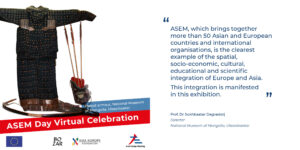 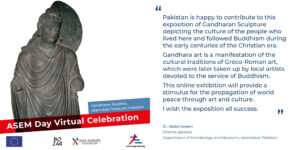 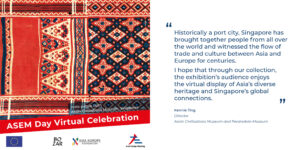 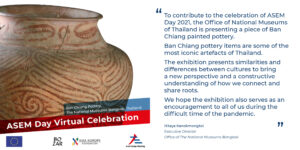 The Asia-Europe Meeting (ASEM) is a unique, informal platform for political dialogue and cooperation between Asia and Europe launched in 1996. It brings together 53 partners, including 51 European and Asian countries, the European Union (EU), and the Association of Southeast Asian Nations (ASEAN) Secretariat.

ASEM partners represent 65% of global GDP, 60% of the global population, 75% of global tourism and 60% of global trade. The ASEM Summit takes place every two years, alternating between locations in Asia and Europe, to set out the priorities of the partnership. Foreign Ministers’ Meetings are organised between the ASEM Summits. Besides the biennial Summit and the Foreign Ministers’ Meeting, a plethora of other meetings between ministers and senior officials covering the topics of education, culture, transport and migration are held.

ASEM is not just a meeting of governments, political leaders and senior officials. It is a platform for the people of Europe and Asia to foster joint actions towards a common future. For 25 years, ASEM has been the most comprehensive partnership between Asia and Europe, crossing hands across continents.